Egypt: Dendera, the cosmos of Hathor
Enclosed within its rugged mud brick walls the temple precincts at Dendera seem to be an island left untouched by time. Particularly in the early hours of the morning, when foxes roam around the ruins of the birth house or venture down the steep stairs leading to the Sacred Lake. Stepping into the actual temple is like entering an ancient time machine, especially if you look up to the recently cleaned astronomical ceiling. This is a vast cosmos filled with stars, hour-goddesses and zodiac signs, many of which are personified by weird creatures like snakes walking on long legs and birds with human arms and jackal heads. On the columns just below the ceiling you encounter the mysterious gaze of the patron deity of the temple: Hathor. Deeper into the building (which dates from around 0 AD) is the crypt with the famous "light-bulb" reliefs where the golden statue of Hathor's soul was kept. From there you can follow the route of a New Year procession to the roof of the temple where Hathor's golden soul was rejuvenated by the rays of the sun on the first day of the Egyptian year. 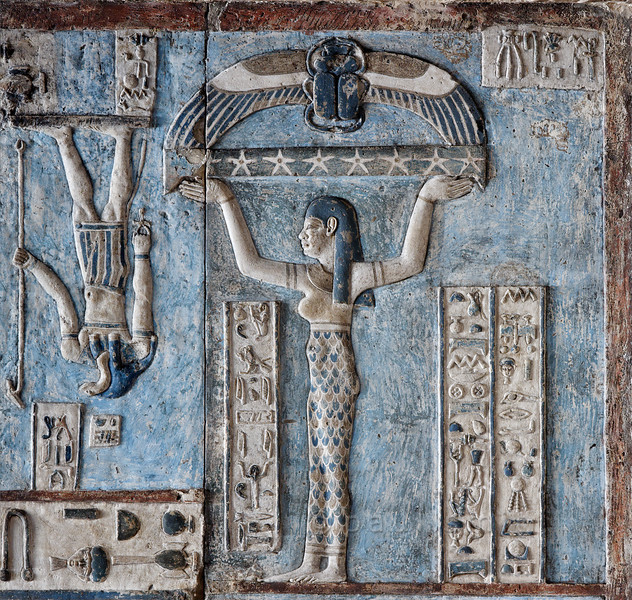